Cimex lectularius, also commonly known as the bedbug, is a small parasitic insect that feeds on the blood of warm-blooded animals, including humans. Long believed to be highly contained, biologists and pest control professionals have recently seen a dramatic resurgence of the little critter. In the past few years, bedbugs have been found in hotels, shelters, hospitals, universities, schools, apartments, and homes - from the most cramped student apartment to the most luxurious five-star hotel. Bedbugs live where people live because they feed on sleeping humans. These insects can travel on their own but most commonly by people’s clothing or other belongings like travel luggage or old furniture.

The Michigan Department of Community Health has confirmed that bedbugs are infesting homes, apartments, hotels, shelters, and dormitories in Michigan. While bedbugs are not known to carry diseases, many fret the thought of any bug crawling over them during the night.

But once an infestation as occurred, the question becomes who is responsible for the cost of their eradiation? Bedbug eradication can cost between $800 and $4,000 to make a residence habitability again; a multiple unit building could cost $50,000 to $60,000. Some renters and tenants may never return after a proper treatment and will seek to break or walk away from their leases. Who is responsible? Residents and renters point to the landlords and property managers as bedbugs are an infestation, much like mice. Landlords point to renters and tenants as being responsible for bring the bugs into the residence via their travel luggage, unclean mattresses, or old furniture.

Who is right? The short answer--there is no answer. Michigan law is silent as to Michigan bedbug liability.

In Michigan, a tenant can be 'constructively evicted' when a rented dwelling is infested. A constructive eviction occurs when there is a disturbance of the tenant's possession when the premises are rendered unfit for occupancy in whole or part. Rodents are a prime example. Courts have allowed former tenants to break their leases without penalty when the premises were infested.

Additionally, landlords have an implied warranty of habitability, which requires that in every lease the landlord covenants the premises and all common areas are fit for the use intended by the parties and will keep the premises in "reasonable repair" and compliant with "the applicable health and safety laws of the state and of the local unit of government where the premises are located."

However, the statute goes on exempt landlords from their tenants' willful or irresponsible conduct or lack of conduct that caused the health code violation or the need for the reapair. As such, a strong argument can be made that bedbugs fall into this exception because bedbugs are normally brought to a dwelling by the careless actions of the tenants. In that case, bedbugs would be similar to an unwelcome house guest or a wayward pet that causes damage. The tenant brought them in; the tenant is responsible for the damage caused (i.e. eradication).

Like many issues, the law is always behind the times. The legal answer to the bedbug problem is unclear given the unique character of the creature and its method of travel and infestation. The ideal solution would be for landlords and tenants to mutually agree upon who will bear such a cost in the lease prior to moving in.

Either way, Michigan law is going to have to deal with this new infestation either by the Courts via a michigan bedbug lawsuit or perhaps by the Legislature with a new bedbug law.

For more information about bedbugs, check out the Michigan Manual for the Prevention and Control of Bedbugs available for download here. 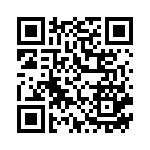