Starting Saturday, September 17th, Michigan is officially celebrating the US Constitution. Michigan Governor Rick Snyder made an official proclamation setting this week as “a time for citizens of all ages to reflect on the rights, justice and unity the United States Constitution represents for America.”

As stated in the more than two hundred year old document, the Constitutional Convention sought to create a set of rules “in Order to form a more perfect Union, establish Justice, insure domestic Tranquility, provide for the common defence, promote the general Welfare, and secure the Blessings of Liberty to ourselves and our Posterity...”

The US Constitution is the foundational governing document that created the structure of the federal government. It authorized the creation of Congress, the Executive in the office of the President, and the Supreme Court. There have also been twenty-seven amendments which provide many of the rights most Americans are familiar with including the right to free speech, freedom of religion, the need for a search warrant by police officers, and the ability to bear arms.

The US Constitution also contains a number of other unusual and unknown legal aspects:
### 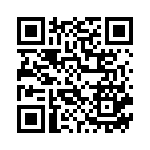