Today, the US Supreme Court issued its 8-1 decision in Marvin M. Brandt Revocable Trust v. United States (case no. 12-1173) which held that old railroad lines created under the General Railroad Right-of-Way Act of 1875 are to be abandoned in favor of the property owner, not the Government under a theory of "implied reversion." Critics of the decision argue that the decision jeopardizes potential rails-to-trails projects around the county.

Attorney Philip L. Ellison, a water-rights and property-rights attorney at Outside Legal Counsel made the following observations:

The Supreme Court's decision in Brandt affirms that our country is one where property rights are determined by stable, predictable law, not Government decree. While rail-trails are undoubtedly a great addition to any community, economic progress will only occur if property rights are guaranteed by operation of law. Rail-trails around the county still have the backing and support of local, state, and federal governments, who have the power to take the property by eminent domain if necessary. Today, we are, like the Brandts, more secure in our property by the Supreme Court following long-standing property law rather than creating new law at the expense of those who own the property.

Background of the Brandt Case:
Congress passed the General Railroad Right-of-Way Act of 1875 to provide railroad companies “right[s] of way through the public lands of the United States." One such right of way, obtained by a railroad in 1908, crosses land that the United States conveyed to the Brandt family in a 1976 land patent. That patent stated that the land was granted subject to the railroad’s rights in the 1875 Act right of way, but it did not specify what would occur if the railroad later relinquished those rights.

Years later, a successor railroad abandoned the right of way with federal approval. The Government then sought a judicial declaration of abandonment and an order quieting title in favor of the United States to the abandoned right of way, including the stretch that crossed the land conveyed in the Brandt patent.

The Supreme Court reversed the lower court's decisions finding that the right of way was an easement that was terminated by the railroad’s abandonment, leaving Brandt’s land unburdened. No implied reversionary right exists in favor of the Government.
### 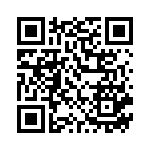