A new change to Public Act 56 came into effect. As you may recall, Public Act 56 was enacted in 2012 to regulate under the criminal law uses of public road-ends terminating at the edge of a Michigan inland lake or stream. At a public road ends, private citizens may not use of boat hoists or boat anchorage devices, moor or dock between 12 midnight and sunrise, or undertake any activity that obstructs ingress to or egress from the inland lake or stream.

In practical terms, a public road end may only have a single seasonal public dock or wharf that is authorized by the local unit of government after obtaining the necessary permits from the applicable state agency. Violations are assessed at $500.00 for each 24-hour period in which a violation exists.

The amendment, known as Senate Bill 680, removed any chance for a county government or a local road commission to act as a "local unit of government." In other words, the only truly local governments (i.e. township, city, or village) can install a dock or wharf when the public road end is located. 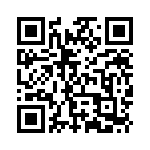