Oakley, Michigan - In an issued opinion, the Saginaw County Circuit Court has declared that the Village of Oakley has "clearly" violated the Open Meetings Act in regards to a secret closed-session meeting after excluding the public from observing the same. The law firm of Outside Legal Counsel has represented the plaintiff, Shannon Bitterman, in securing this ruling.

Following the election in November 2012, three long-time local politicos were voted off Oakley's Village Council by the citizens of Oakley. Two days later, the ousted trustees participated in their final board meeting. The Council, without a proper vote, went into closed session under the guise of reviewing an application for a village police lieutenant. Instead of limiting itself to this action, the Council secretly and illegally discussed and debated other new police officers contracts and awarding two of the three ousted trustees, Jim Frelitz and Richard Fish, public employment contracts to manage the Village's waste water system. None of the contracts were discussed in an open meeting.

Under Michigan law, these contracts were required to be deliberated at a meeting open to the public.

In its opinion, the Saginaw County Circuit Court held that the secret closed-meeting discussions about new police contracts violate the 'open meeting' requirement and the waste water contracts discussion in closed session are "clearly violative" of the Open Meetings Act.

"The Court's decision highlights the illegal lengths some elected officials will go to hide their illegal actions," states Philip L. Ellison, the OLC attorney prosecuting the same. "Politicos are on notice: open and honest government matters."

The Court's decision also leaves open the ability for further investigation into whether an illegal vote took place at the secret closed meeting session. The attorneys are expected to conduct depositions in the near future.
### 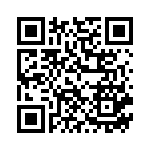