Oakley, Michigan - Outside Legal Counsel PLC has obtain two favorable rulings in two separate courts regarding the same illegality of the Village of Oakley's FOIA practice of giving a written notice of "granting" a request but not actually timely producing requested records. The Village, while in the Saginaw County Circuit and the Shiawassee County Circuit Courts, argued that the Village could simply "respond" to a FOIA request within 5 business days saying it was "granting" a request but then later, on its own timetable, produce the records within "reasonable" about of time. Oakley did not define what was meant by reasonable. Both courts rejected the Village's interpretation of the Freedom of Information Act statute within two days of each other.

"When the public wants a government record, public bodies have 5 business days to produce," states Philip L. Ellison, the OLC attorney representing the requester. "Governments cannot say, 'we'll get to it when we want to get to it."

The Village of Oakley has in recent months been in the news and discussed in legal circles for running a pay-to-play policing scheme where reservists pay thousands of dollars to obtain a police badge from this municipality in southern Saginaw County. The Village is one mile by one mile in size and has only about 300 residents. About 150 reservists made up the secret policing force, most hailing from the Detroit area. Since its discovery, the reservists' public activity has dwindled. Reservists have included international rock star Kid Rock and other prominent Michigan residents.

"FOIA is designed to allow members of the public to know, understand, and check to be sure their government is acting in the best interests of its residents," states Ellison. "Legal games like the ones Oakley regularly plays cannot be tolerated."

In July, Michigan strengthened its FOIA law to include higher fines and penalties for local governments and state agencies who wrongfully hide public records. 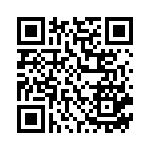