On July 1, 2015, OLC filed a new FOIA request after the new amendments to FOIA statute came into effect. Despite previously demanding $77,000 to process the request, Goodrich Area Schools abandoned its fee demand but refused to produce the records by the required deadline. OLC filed suit on behalf of Smith demanding access to the records, together with reimbursement of all attorney fees and costs for having brought the legal action.

Facing a daunting legal case, the District turned over the records one day after being served with the complaint.

After rejecting all the attempted excuses for its actions, the Genesee County Circuit Court ruled that it was too little, too late. On December 21, 2015, Judge Judith A. Fullerton found Goodrich Area Schools in violation of the state's Freedom of Information Act. The school district was further ordered to pay all of Smith's attorney fees, costs, and disbursements for the District's wrongful delay.

"The FOIA statute ensures timely and full access to records belonging to the taxpayers," states Philip L. Ellison, the OLC attorney representing Smith. "Playing games with that access is improper--both as a matter of public policy and as a matter of law." 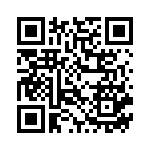