OLC'S Response: Local Political Apathy Is Not A Virtue

On December 30th, the editorial board of The Times Herald took the position that former township supervisor Kelly Fiscelli should just keep her salary and my clients and I should just let it go after her overwhelming recall due to her violations of the Open Meetings Act.

It is well remembered that "all that is necessary for the triumph of evil is that good men do nothing."

Doing nothing rewards a former public official who was jailed for drunk driving, flouted mandatory requirements of holding public office, hid the truth, violated the oath of office, and broke the public trust--all while accepting township tax dollars in the form of substantial salary, benefits, legal fees, and more.

It was not Kelly Fiscelli offering an apology for her failures--with or without a court order--to be transparent and operate a fair and open government -- it was my client demanding it.

It was not the other township officials who served with Fiscelli who demanded she follow the law -- it was my client demanding it.

It was not the editorial board who demanded that a rogue public official fulfill her required obligations of public office -- it was my client demanding it.

In years past, it was the local newspaper--the fourth estate--which stood as the advocate of the common man, the taxpayer, and the general public.

Yet today, it is unreasonably suggested that Fiscelli's actions should just simply be forgotten, i.e. do nothing, and allow political apathy to reign.

While apathy suggests that a community simply let a rogue former public official off the hook without consequence, my client has decided that doing nothing, allowing wrongdoing to triumph, is no longer an option.
### 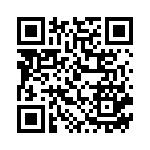