Hemlock, Michigan - Outside Legal Counsel has today filed a petition with the United States Court of Appeals for the Sixth Circuit requesting all active serving federal Sixth Circuit appellate judges to collectively review the three-judge decision in McKay v Federspiel, a case of first impression seeking recognition of the First Amendment right to audio and video record court proceedings.

The case involves the Electronics Ban Order in place at the Saginaw County Governmental Center. The Chief Judges of Saginaw County courts have prohibited and criminalized the possession and use of audio or video recording technology without each judge's express permission.

McKay sued the sheriff and his deputy in 2014 to enjoin enforcement of the Electronics Ban Order arguing the right to record without government permission or interference exists under the US Constitution.

Rather than reaching a decision on the constitutional question, the Sixth Circuit ruled that McKay lacks standing because he has not been "harmed" by the Electronics Ban Order.

Most federal constitutional cases deal with challenges to punishments imposed after someone has been arrested and/or prosecuted.

However, the US Supreme Court permits citizens, like McKay, to file a "pre-enforcement lawsuit" if there a creditable possibility or threat of prosecution.

Anyone visiting the Saginaw County Courthouse cannot miss the dozens of signs which inform visitors that violating the Electronics Ban Order is contempt of court. Being held in contempt can result in fines up to $7,500 and/or 93 days in jail.

Pre-enforcement lawsuits permit someone to challenge laws and regulations without having to be arrested or prosecuted first.

The Sixth Circuit ruled that McKay's sworn court declaration that he wanted to record trial activities, the police and sheriff deputies inside and outside the courtroom in the performance of their official duties, the judge in the performance of his or her duties, and other activities of public interest occurring at the Saginaw County Governmental Center was not enough. The decision also held that the signs posted around the Saginaw County Governmental Center did not provide "enough" of a threat of prosecution.

McKay's attorney, Philip L. Ellison of Outside Legal Counsel, filed the petition requesting all active judges of the Sixth Circuit to review the May 20th decision.

Ellison argues that the decision is contrary to binding Supreme Court precedence, including a Supreme Court decision which previously overruled another Sixth Circuit case which also found no standing in a First Amendment case.

The Electronics Ban Order prevents citizens from bringing cameras, cellphones and other electronic devices, such as laptops or tablets, onto the third or fourth floors of the Saginaw County Governmental Center — where the district and circuit courts are housed, respectively — or the probate court on the second floor, the Friend of the Court offices on the first floor, or the Juvenile/Family Court facility on Hospital Road in Saginaw Township.

However, the decision has major implications nationwide. 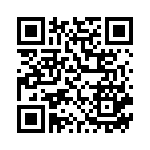