OLC's Ellison Admitted to Practice Before the US Supreme Court

On August 8, 2016, Outside Legal Counsel attorney Philip L. Ellison has been accept for admission to practice and argue cases before the Supreme Court of the United States, located in Washington DC.

Ellison practices civil litigation across Michigan in the areas of property and constitutional rights, government corruption, and business/corporate litigation.

His recent high profile cases include litigating the Oakley Michigan "Pay to Play" police reservists scheme, obtaining an order shutting down an entire police department, and numerous published decisions from the Michigan Court of Appeals and Michigan Supreme Court in areas of property rights and government transparency.


Ellison has previously been admitted to practice before various state and federal courts throughout Michigan including the federal district courts in the eastern and western districts, US Court of Appeals for the Sixth Circuit, and the Saginaw Chippewa Tribal Court.
### 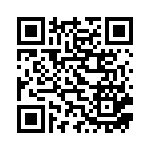