Lawsuit: U of M Cannot Hide Donor's Papers by Contract

Outside Legal Counsel PLC has today file a merits brief on behalf of a client seeking access to the "Tanton Papers," a collection of advocacy papers donated by Dr. John Tanton to the University of Michigan's Bentley Historical Library.

Dr. John Tanton has been described by the Southern Poverty Law Center as the racist architect of the modern anti-immigrant movement. Others describe Tanton, a retired ophthalmologist and eye surgeon, as an insightful advocate against unending U.S. population growth.

Tanton graduated from the University of Michigan with his medical degree in 1960. In 1984, Tanton began gifting his papers to his alma mater for inclusion in the school's historical library. The Tanton collection consists of 25 boxes of materials. Boxes 15 through 25 are alleged to be "closed" until April 6, 2035 via the donor gift agreement.

Throughout 2016 and 2017, immigration attorney Hassan Ahmad sought access to these closed records under Michigan's Freedom of Information Act, arguing that a public body cannot "self-contract" itself out its transparency and open records requirements under state law.

Under Michigan's Freedom of Information Act, public records must be open for inspection and copying.

Outside Legal Counsel has regularly appeared on behalf of clients seeking access and has successfully obtained orders requiring public bodies to open their closed files for public inspection. OLC took Ahmad's case to the Michigan Court of Appeals where OLC attorney Philip L. Ellison has previously succeeded in obtaining reversals of access denials issued by public bodies and state court judges, including the infamous Oakley Pay to Play policing scam and others.

"It does not matter if the donor was John Tanton, Harry Truman, or Mr. T, a public body cannot use a self-serving contract to keep documents it holds from being inspected and copied by the public," states Ellison. "If the Legislature wants to allow secret gifts, it must expressly provide so; to date, it has not."

Public records have been defined by the Legislature to mean any writing "prepared, owned, used, in the possession of, or retained by a public body in the performance of an official function, from the time it is created."

In November 2017, a Michigan Court of Claims judge ruled that only public records being "actively" used by a public body fits within the definition of public records. According to the merits brief filed today, the word active or the legal concept of "active records" appears nowhere in the definition.

The case has not yet been assigned for oral argument. The University of Michigan has 35 days to respond to the filing.

A copy of the brief can be downloaded here.
### 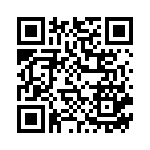