UPDATE: This hearing has been postponed until January 18, 2019 at 11am by order of the Court.

PRESS ADVISORY (Caro, Michigan) -- Outside Legal Counsel and attorney Philip L. Ellison, together with attorney Matthew Gronda, will be appearing for oral arguments before the Tuscola County Circuit Court on January 7, 2019 at 10:00a.m. for the first of several court hearings following the filing of a six-county multi-million dollar class action lawsuit challenging the legality of tax foreclosures by county treasurers in Midland, Bay, Saginaw, Isabella, Gratiot, and Tuscola counties.

Background:
In November 2018, OLC and its partner counsel, Matthew Gronda, filed a three count class action complaint in Tuscola County regarding the a tax foreclosure. County treasurers have been questionably using a Michigan property tax law which allows county treasurers to seize property, sell it at auction, and keep any difference between the amount of delinquent property taxes, and whatever the property sells for at auction. So, as is a typical case, if a home with $3,000 in back property taxes sells for $50,000, the county pockets the $3,000 plus a $47,000 surplus. The county treasures do not return any excess equity.

“The law is simply wrong and immoral,” states OLC attoney Philip L. Ellison, who represents a Tuscola County resident bringing the case. “No matter how the treasurers try to spin this, it is simply government-sanctioned theft.”

The outcome of this class action lawsuit may make counties legally liable for the return of millions of dollars of improperly seized property equity.

The plaintiff in the Tuscola County case is the former owner of a property worth worth several hundreds of thousands of dollars and had a delinquent tax amount of $6,800, which she was thought was paid but was unaware about as a fund diversion by a friend who was supposed to pay the taxes. The Tuscola County treasurer seized the property without suing its owners, sold it at auction for nearly $100,000, and the treasurer did not return any of the home’s excess equity value, i.e. the monies or property value above the $6,800 debt.

Ellison believes and the lawsuit acknowledges that the government is entitled to collect unpaid tax debts, but county treasurers should not be permitted to take more than what is actually owed in taxes. “The government, like any creditor, is entitled to get its debt paid; it is not allowed to take everything,” asserts Ellison.

This lawsuit in one of nine other currently-pending class action lawsuits previously filed by Outside Legal Counsel throughout Michigan. Information on those can be found at www.MichiganTF.com. The Tuscola County case is the lead case.

That matter, Freed v Thomas, is on appeal before the Sixth Circuit in Cincinnati, Ohio.

Another key case is also pending before the Michigan Supreme Court, Rafaeli v Oakland County, involves a similar out of Southfield. Uri Rafaeli lost a rental property when he miscalculated the amount of interest he owed on 2011 property taxes by $8.41. Oakland County foreclosed, then sold the home for $24,500. involving an $8 unpaid tax debt. The current class action and the case in Rafaeli make similar legal arguments. Rafaeli is represented in that case by the Pacific Legal Foundation.

“If the Michigan Supreme Court in the Rafaeli case or the Sixth Circuit in the Freed case rules in favor of the property owners, counties will be required to make an appropriate refund,” confirms Ellison. “Because we are on the cutting-edge of the law, the exact outcome is still uncertain.”

The hearing on Monday is a request by Ellison to stay or freeze the Tuscola County case until the Michigan Supreme Court makes a decision in Rafaeli. The six counties are opposing the request.
### 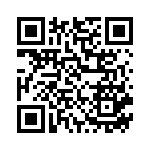