Lansing, Michigan - Democracies die behind closed doors. So, it is critical that the doors of government remain open. Despite repeated calls for more transparency and openness by Michigan’s chief executive, some Michigan governmental agencies continue to resort to new and non-typical ways to try to keep their activities from the sunshine of transparency.

On February 24, 2019, Outside Legal Counsel filed a federal lawsuit against Heather S. Frick, the executive director of the Michigan State Tax Commission, on behalf of a recently-licensed assessor who was sought out to be punished, unbelievably, for telling township officials (and the public) how property values are being, in his opinion, mis-assessed in Gerrish Township, Michigan.

As the lawsuit lays out, Eric Ostergren had serious questions about how a tax assessor in Northern Michigan is assessing property values for property tax purposes. The assessor ignored his inquiries; township officials would not return his calls; and the State Tax Commission refused to act. Apparently having had enough of the questioning, Ostergren received a letter from State Tax Commission’s Director, Heather Frick, informing him that discipline was being potentially sought and might be forthcoming due to his “conduct.”

What did he do?

He had shared a few pages from the Michigan Certified Assessing Officer Self-Study Program materials of how Michigan tax assessors are to apply state assessment and tax laws. Little did Ostergren remember, he signed a Non-Disclosure Agreement (NDA) when he started his licensing process. It was mandatory before he could even start preparing or sitting for the assessors exam.

The NDA designated that the course materials (i.e. the laws and procedures of being a tax assessor) are “confidential.” In being forced to sign the NDA, Ostergren has apparently subjected his certification to jeopardy and could have his license revoked if violated “in any manner.” NDAs are commonly used by the CIA and FBI to have its employees keep national security secrets.

Ostergren never shared examination answers or national security secrets. Instead, he was trying to show what was happening incorrectly in a resort town where taxes are already sky-high.

He was called in before the State Tax Commission’s Assessor Discipline Advisory Committee and was directed to explain himself. OLC also appeared at the hearing on Ostergren’s behalf. Shortly after, we filed a federal lawsuit.

The problem is the improper use of Non-Disclosure Agreements by a government agency to restrain or halt public speech by a citizen regarding public concerns. The First Amendment provides that governments “shall make no law... abridging the freedom of speech.” And the law is also equally clear that threatening penalties for future speech goes by the name of prior restraint, and a prior restraint is the quintessential First Amendment violation. And that is what the State Tax Commission’s NDA does; it threatens (and seemingly authorizes) penalties for speech, and it is unconstitutional. And when the STC made a signed NDA a condition of becoming a licensed assessor, it also committed a due process violation under the unconstitutional conditions doctrine.

“NDAs are yet another way the government tries to stymie public speech on controversial issues,” states Philip L. Ellison, the OLC attorney representing Ostergren. NDAs are now being challenged since their recent heavy use by federal executive officials. They are also controversial.

The federal lawsuit, filed in the United States District Court for the Western District of Michigan, seeks to declare the illegality of the NDA and to enjoin Director Frick from trying to enforce these improper agreements as an improper restraint on free speech.

Federal judge Janet Neff has been assigned the case.
### 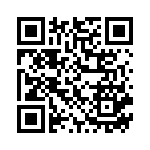