Power to the People, the Governor, or the Legislature; Who Knows?

COVID-19 has hit Michigan, hard. In these times, leaders have emerged to direct the State's response to the crisis. However, the authority to act is largely a function of law. Michigan Governor Gretchen Whitmer has issued over two dozen "executive orders" which has altered our taxes, elections, public meetings, how we eat and live, and even telling my barber to stop cutting hair. But where does this authority come from?

The only provision dealing with emergencies is Article VI, Section 39 which provides that the Legislature, not the Governor, has certain powers "resulting from disasters occurring in this state caused by enemy attack on the United States" and to enact other laws necessary and proper for insuring the continuity of governmental operations.

But is the coronavirus a disaster caused by an "enemy attack on the United States?" Seemingly no in the traditional sense.

The other legal authorities the Governor regularly invokes is the "Emergency Management Act" and the "Emergency Powers of the Governor Act of 1945." In those statutes, Michigan law provides for the planning, mitigation, response, and recovery from natural and human-made disaster within and outside this state. It provides that "the Governor is responsible for coping with dangers to this state or the people of this state presented by a disaster or emergency" and "may issue executive orders, proclamations, and directives having the force and effect of law to implement this act."

Supposedly, the Governor is authorized, among other things, to suspend laws, orders, and rules; control or limit travel; and vaguely "direct all other actions which are necessary and appropriate under the circumstances."

However, those powers are expressly not unlimited in two ways.

First, after 28 days from the issuance of a declaration of a "state of disaster" or "state of emergency," the Governor's emergency orders automatically terminate unless both houses of the Michigan Legislature approves an extension. We have not seen that yet in Michigan.

Second, the actual decisions of the government are all subject to the limits of governmental power enacted by the Michigan and US Constitutions. But because these state laws are so rarely used, the constitutionality of these emergency powers statutes have not been or barely been challenged in the courts.

Emergencies reveal cracks and gaps in our laws. Once this current crisis is over, expect lawsuits challenging who has/had what powers and if it was used appropriately.
### 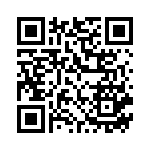