A federal lawsuit has been filed against the City Manager of the City of Port Huron for deleting Facebook comments of residents who have questioned and been critical of the City Government's response to the COVID-19 pandemic crisis.


It even has pithy posts for general humor and the enjoyment of the Port Huron constituents.


Unfortunately, City Manager Freed only wanted the public Facebook page to highlight and praise City officials' efforts and make no reference to criticisms and challenges to government failures and shortcomings. To effectuate the "positive only" viewpoints, Plaintiff Kevin Lindke and others had their respectful but highly critical comments deleted. They were later banned from being able to comment at all.

As explained almost a year ago, that violates the First Amendment.

"The Constitution does not pause for a health crisis," states Philip L. Ellison. "Protections on the free speech right to challenge and criticize our government leaders must be protected even during emergencies like COVID-19."

The Supreme Court has recognized that social media platforms like Facebook provide "perhaps the most powerful mechanisms available to a private citizen to make his or her voice heard." Facebook enables ordinary citizens to speak directly to public officials and to listen to and debate others about public issues, in much the same way they could if they were gathered on a sidewalk or in a public park, or at a city council meeting.

The suit seeks a court order to permanently halt the City Manager's delete-and-ban policy and allow the Facebook page to return to a traditional public forum.

The case has been assigned to Federal Judge Mark A. Goldsmith in Detroit.
### 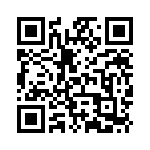