In a case argued in January this year, the Michigan Supreme Court issued a ruling Friday that affirmed, by equal division, the 2019 decision by the Court of Appeals that said the locked up "Tanton Papers" should be considered public records. The Tanton Papers are a collection of advocacy papers previously donated by Dr. John Tanton to the University of Michigan's Bentley Historical Library.

Attorney Philip Ellison served as counsel for both appeals.

A copy of the decision can be viewed here.

Throughout 2016 and 2017, immigration attorney Hassan Ahmad sought access to these closed records under Michigan's Freedom of Information Act, arguing that a public body cannot "self-contract" itself out its transparency and open records requirements under state law.

Dr. John Tanton has been described by the Southern Poverty Law Center as the racist architect of the modern anti-immigrant movement. Others describe Tanton, a retired ophthalmologist and eye surgeon, as an insightful advocate against unending U.S. population growth.

Outside Legal Counsel has regularly appeared on behalf of clients seeking access and has successfully obtained orders requiring public bodies to open their closed files for public inspection. OLC took Ahmad's case to the Michigan Court of Appeals where OLC attorney Philip L. Ellison has previously succeeded in obtaining reversals of access denials issued by public bodies and state court judges, including the infamous Oakley Pay to Play policing scam and others.

The case now returns to the Michigan Court of Claims for further proceedings.
### 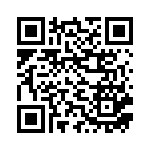