In many Michigan communities, there is a single courthouse where all the business of court is conducted. But inside that courthouse, there are different courts with different roles and responsibilities. One such court is the "small claims court." Operated through the District Court's judges and court staff, the small claims court handles cases where the parties are disputing a money claim in the amount of $3,000 or less.

Small claims courts in Michigan are considered a "fast track" option because the processes and procedures of this court are informal when compared to regular civil cases. There are several notable differences. First and foremost, the small claims court operates on an informal basis, meaning this court is not required to follow the usual rules of practice, procedure, or evidence normally required in other civil case. Parties are not represented by an attorney and there is no jury trial. The decision is final; there is no right to appeal. However, a judgment rendered by a small claims court is just as effective as one issued by a regular district or circuit court.

The small claims court is designed to be an inexpensive and informal way to resolve disputes between parties. In light of these considerations, the Michigan Legislature is considering a change in the law that would expand the jurisdiction of the small claim courts to deal with disputes up to and including $5,000 starting this September. The proposed change would also increase this jurisdictional limit gradually over the next twelve years to $7,000.00.

The proposed new limits of the small claims court would allow more citizens to resolve disputes they have with others, including businesses or entities in a quick and efficient manner. Whether or not this increase is signed into law, the small claims court remains an excellent resource to the citizenry of Michigan looking to vindicate their rights in an inexpensive and efficient manner. However, it is critical to remember that those utilizing the "informal" small claims option still have the "formal" responsibility to be prepared to represent their interests and rights before the judge at the hearing. 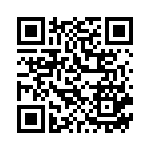