OLC attorney Philip L. Ellison has been featured as a guest columnist in the May 2012 issue of the Woods-N-Water News magazine, Michigan's largest outdoor publication.

Titled as "Look Before You Leisure: Michigan Dock Laws," the article discusses the legal basics involving a dock in an inland lake or stream.

The unseasonal warm weather has caused many lake-front and recreation land owners to start thinking about putting out their seasonal docks a little earlier than normal this year. However, installing a dock into a Michigan lake or stream has serious legal ramifications. An understanding of the applicable law can help avoid legal issues associated with dock ownership and usage.

Michigan law does not require a permit for a “seasonal structure placed on bottomland to facilitate private noncommercial recreational use of the water if it does not unreasonably interfere with the use of the water by others entitled to use the water or interfere with water flow.” MCL 324.30103. But a permanent dock is normally deemed a “marina”—a facility that is owned or operated by a person, extends into or over an inland lake or stream, and offers service to the public or members of the marina for docking, loading, or other servicing of recreational watercraft—which requires a state permit. MCL 324.30102(1)(c); MCL 324.30101(j).

The Michigan common law has long recognized the right to having a dock as an entitlement for water-front landowners (known as riparians), as long as the dock does not deprive other riparians of their water rights.

In addition to state law, local ordinances can also control the number, length, and specifications of private docks. For example, Crockery Lake in Ottawa County has local limits on the number of moor-able boats, the number of docks per parcel, as well as the maximum length of privately-erected docks. Check with your local government before installing your dock for the season.

Additionally, private land regulations, like restrictions, covenants, and property association rules, can also limit or sometime ban the use of docks in certain lakes and streams.

Violations of these rules can result in a wide range of legal consequences including fines, civil enforcement by the Michigan DNR or DEQ, or having to defend a lawsuit from upset neighbors or property associations.

In short, do your homework before putting on the waders. A little research can save you a large headache in the long run.
### 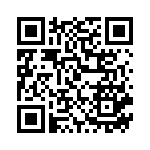