In a one-page order, the Michigan Supreme Court ruled in favor of two grandparents who have long been denied the opportunity to seek visitation rights under Michigan’s grandparenting statute. The high court’s decision vacates the previous 2-1 decision of the Michigan Court of Appeals which incorrectly held that the Porters, as biological grandparents, were legally precluded from seeking court-ordered time with their two grandchildren, following the death of their son, the biological father of the Porters' two grandchildren.

The matter was argued by Philip L. Ellison of Outside Legal Counsel PLC before the full panel of justices in Lansing on January 15, 2014. Written briefs and arguments were submitted for the past three years by the Porters’ local attorney, Colin Dill of Dill Law PLLC.

“The Supreme Court has protected critically important rights of grandparents,” states Philip L. Ellison, the Porters’ appellate attorney. “I am so happy for the Porters and for grandparents in our state.”

Background of the Case
In 2011, Robert and Judith Porter asked the Saginaw County Circuit Court to enter an order of grandparenting time following the death of their son, the biological father of the Porters' two grandchildren. Before his death, the local court had terminated his parental rights.

In the request for grandparenting time, Saginaw County Judge James Borchard ruled, after concluding that the Porters were “fine people,” the Porters lack legal standing to make the request. Borchard further stated he hoped the appeals court would reverse this decision.

In a 2-1 decision, the Michigan Court of Appeals upheld the Saginaw court’s ruling opining that although Porters may be biological grandparents they are no longer considered 'legal' grandparents. Dissenting judge Mark T. Boonstra criticized the lead opinion and concluded the statute provides the Porters the opportunity to request the order.

The Porters then asked the Michigan Supreme Court to intervene. In October, the Supreme Court ordered the parties to further brief the law and scheduled oral argument before all seven justices in January 2014.

In lieu of further argument, the Supreme Court held that the Court of Appeals erred in holding that the parents of a man whose parental rights to his minor children were involuntarily terminated before his death did not have standing to seek grandparenting time with the children under the Child Custody Act, MCL 722.21 et seq., when, under the circumstances of this case, a biological parent is encompassed by the term “natural parent” in MCL 722.22(e) and (h), regardless of whether the biological parent’s parental rights have been terminated.

In other words, the Porters should have been entitled to their day in court as biological grandparents regardless whether their son's parental rights were intact or terminated.

The case has been remanded back to Judge Borchard, with the Supreme Court rather than the Court of Appeals fulfilling his legal hope: having his decision reversed.

A copy of the order may be downloaded here.
### 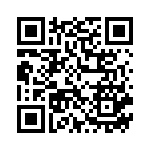