On May 5, 2015, the Michigan Court of Appeals issued its decision in Arabo v Michigan Gaming Control Board [majority decision][concurring opinion] in which the court rejected the arguments of the State and lower court that there is no remedy for excessive charges under Michigan's Freedom of Information Act, known as FOIA.

The case centered on a request for legal authorizations for casino countermeasures and casino player exclusion rules and laws authorized by the Michigan Gaming Control Board for the 'Big 3' Detroit casinos under the Gaming Board's regulatory control. The Gaming Board, in response, demanded a fee of over $4,000.00 claiming to need 103 hours of staff time to locate its own rules and regulations before it would even begin to fulfill the request.

The Michigan Attorney General's office, as counsel to the Gaming Board, argued that the lower court was correct there was no remedy whatsoever to the requester for this excessive fee demand. The Court, collectively, disagreed and held explicitly, for the first time ever, a viable claim for declaratory or injunctive relief exists under Michigan law for excessive fees.

The concurrence noted specifically that this fee "was clearly designed to discourage plaintiff and frustrate his attempt to obtain disclosable public records" and that "such deceptive action by a public agency violates the purpose and spirit of FOIA, undermines faith in our state government, and cannot be tolerated."

The decision explicitly recognizes a new cause of action against public bodies who intentionally violate the spirit and goal of FOIA. However, the need for such a case is likely short-lived as the Michigan Legislature has changed the FOIA law starting July 1st to award monetary damages and punitive damages, under certain situations, to be paid both to the public treasury and the requester for improperly accessed fees.

"While this case was primarily about charged fees, the Court also invalidated other small, technical excuses used by governments to avoid handing over public records," states Philip L. Ellison, the OLC attorney handling the case.

Outside Legal Counsel is home to the Michigan Freedom of Information Project which provides a free public resource explaining the ins and outs of Michigan's sunshine laws. The website also contains a FOIA request generator to aid requesters in drafting a clear and compliance FOIA request.

The case is now remanded by the Oakland County Circuit Court for further development, or either side may take the case to the Michigan Supreme Court.
### 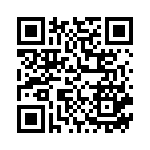