Saginaw, Michigan - On behalf of a Michigan prison guard, Outside Legal Counsel PLC has filed for an emergency temporary restraining order against the State, the Department of Corrections, and its agents from taking any steps to transfer the already underway Freedom of Information Act case to the newly created Court of Claims at the Michigan Court of Appeals.

On November 12, Michigan Governor Rick Snyder signed Senate Bill 652 into law transferring the Court of Claims from the Ingham County (Lansing) courts to the Michigan Court of Appeals. In doing so, the new law also created a direct conflict with the language of Section 10 of the Freedom of Information Act which grants circuit courts, and not the Court of Claims, specific jurisdiction to hear FOIA denial claims. The new Court of Claims seemingly applies "notwithstanding any other state law that says otherwise."

OLC filed the motion early November 13 with the Saginaw County Circuit Court claiming the new law is unconstitutional in several respects as it applies to the pending FOIA case, including violating due process, the Reenact-Publish Clause of the Michigan Constitution, and failure to garner the needed two-thirds vote of the Michigan House of Representatives.

A copy of the motion may be downloaded here.

The Circuit Court has yet to rule.
### 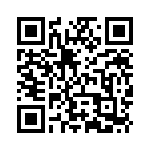