Linwood, Michigan - Outside Legal Counsel PLC has secured a legal victory for a local pig farmer against a local government that sued to shut his piggery down.

Farms today suffer enough downward market forces from nature, rising fuel and input costs, and taxes. Now, the new threat comes from local governments who disfavor the traditional small or family farm. In this case, a small rural township in Bay County argued that the Right to Farm Act (RTFA) does not protect the piggery farm operation because the farm property had been zoned commercial prior to the existence of the hog farm and prior to the purchase of the property by the current farmer.

In defending, OLC asserted the Michigan Right to Farm Act, particularly the 1999 amendment, prevents the township from enforcing its long time ordinance against a farm that complies with the Generally Accepted Agricultural and Management Practices (GAAMPS).

After legal briefing and further supplemental briefing, Judge Harry Gill of the Bay County Circuit Court concluded that the Michigan Right to Farm Act, after June 1, 2000, trumps all zoning ordinances when applicable.

The Case
The Haneys own property in Fraser Township that is zoned C-3 commercial, not agricultural, since the 1970s. Fraser Township filed a lawsuit claiming that the act of raising hogs on prior commercially-zoned property is a legal nuisance and in violation of the local zoning ordinance. The small piggery began raising approximately 20 domestic hogs on the property starting in 2006. The township sought a permanent injunction against the farmers that would order them to remove the hogs and not engage in farming operations.

The Decision
The circuit court, in finding for the farmer, agreed with OLC that the 1999 amendment to the Michigan Right to Farm Act, together with MCL 286.474(6), prevents local governments from enforcing its zoning ordinance against farms that are GAAMP compliant, regardless of the zoning designation by local government officials. Section 4(6) of the Right to Farm Act (MCL 286.474(6)) provides that

A copy of the decision can be downloaded here.

The Michigan Right to Farm Act [RTFA] is a state law designed to protect farmers and commodity producers, particularly small, family-scale farmers, from being legal harassed by local zoning ordinances, nuisance lawsuits, and other legal measures designed to halt or impair farm operations. While the concept seems simple, the application of the law is not. Local governments routinely misunderstand, misapply, or sometimes misrepresent the rights farmers and producers have in growing, raising, and harvesting crops and livestock.
### 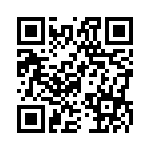